How to cut down on plastics 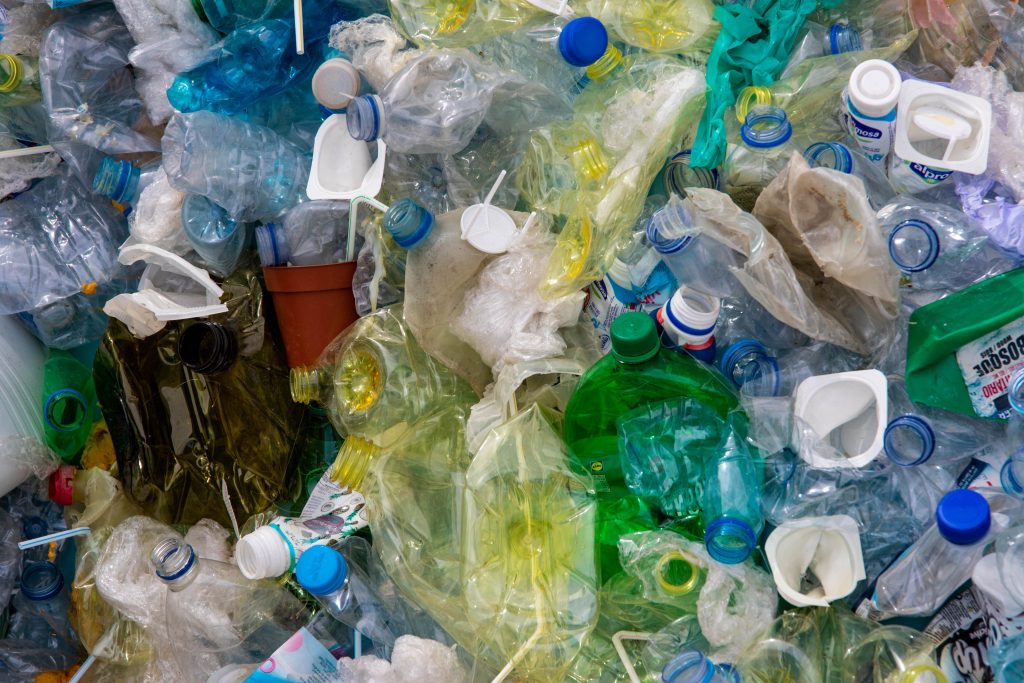 Breaking the buying habits of a lifetime and cutting down on plastics could really benefit the planet.

Habits are easily formed and hard to break, and many of us have become accustomed to a certain level of disposability from the things we buy. Soap bottles, parcel packaging and drinking straws are among the items many of us discard without a second thought once their purpose has been fulfilled. Yet we all need to change our attitudes to once-disposable items like takeaway coffee cups, cotton buds and sandwich bags.

Cheaply-manufactured plastics are often uneconomic to recycle, especially if they’re contaminated with food, despite taking tens of thousands of years to degrade in landfill. They’re often burned instead, releasing dangerous gases like sulphur dioxide and hydrochloric acid into the environment. And while it is possible to melt plastic polymers into hydrocarbons which are then suitable for recycling or use as fuel, the best way to reduce the environmental impact of plastic is simply to use less. Even putting plastics into a dedicated bin at home doesn’t actually guarantee they’ll end up being recycled – a landmark study in 2017 suggested less than ten per cent of global plastic waste is ever recycled.

These are our tips on ways to cut down on plastics without significantly affecting your quality of life. Some of these changes might even improve it – quite apart from the satisfaction of knowing you’re improving the planet’s prospects for younger generations…

The Zero Waste Scotland website currently lists over 60 stores where customers bring their own packaging to refill stations containing items like cereals, oils, fresh fruit and cleaning products. Nor is this a phenomenon exclusive to central belt cities – there are zero waste stores in Troon, North Berwick, Fort William and Aboyne. Major supermarkets are also encouraging customers to bring their own containers for delicatessen purchases.

Lockdown forced many of us to take our custom online, but those grim years of restricted freedoms and enforced closures are over. Buying in a local store rather than from an American wholesaler reduces the use of protective plastic packaging, especially bubble wrap. Plus, by supporting local businesses on your nearest high street, you’re helping to tackle the blight of empty retail units at a time when high streets across Scotland are struggling badly.

Some objects can only really be made using plastic, such as vinyl records and vacuum cleaners. However, a surprising number of household consumables are available in other forms. A few examples include bamboo toothbrushes, paper drinking straws and solid shampoo bars. Give your custom to brands who’ve adopted plastic-free packaging, such as cardboard-lined fruit punnets, or magazine wrappers made from compostable potato starch.

As one of the biggest culprits in plastic consumption during the 2010s, coffee shops now award discounts to customers who bring their own reusable cups in. Glass is increasingly replacing plastic as a reusable medium, which is another demonstration of older generations knowing best. Buy in larger quantities, too – a 500ml bottle of liquid soap doesn’t use twice as much plastic as a 250ml bottle, reducing your overall plastic consumption.

We often consume single-use plastics when we haven’t planned ahead, such as forgetting to take canvas bags to the shops, or buying a bottle of water because we didn’t have a drink prior to leaving. Visiting a farmer’s market saves having to buy plastic-wrapped pears and tomatoes at the supermarket, and ordering milk from a local dairy should see it arriving in glass bottles rather than plastic cartons. Foresight often slashes domestic plastic consumption.

How to cut down on plastics

Dexterity and hand strength tend to drop rapidly after the age of 65, but there are many ways to retain and restore this vital attribute